The good thing about no itinerary is that we can change our plans anytime. I wanted to go Hello Kitty Cafe on Thursday as it was Daddy A’s birthday. However, we decided to go to Shifen in the evening to light up a lantern (放天灯) into the sky!

We woke up very late at 9+am. By the time when we were ready to go out, it was 12pm. I initially planned to go Hello Kitty cafe for lunch but changed plans to go Jiufen for a walk and then to Shifen.

We took the metro to Taipei Main Station to take the train to Ruifang station, in order to take a bus to Jiufen.

I like Taipei Main Station as there is a breastfeeding room!

We decided to purchase the eazy card as it could be used for metro, train and bus.

But after we got out of the train (before we got out of station), we realised that we were not supposed to board that train as we had to purchase tickets for that particular train ride and could not ride with eazy card. Hence, we paid TWD114 per adult, instead of the original ticket price of TWD76. It is 50% more than the usual ticket. We had to pay in order to get out of the station.

This is the train which is supposed to be faster. Well, the interior and toilet are also much better than normal trains.

Finally, we were out of the station.

We had lunch at a nearby beef noodles shop which costs TWD305.

I didn’t know Jiufen is up in the mountains. It is nice to take a bus ride up. I was sitting on the left side of the bus and saw the mountain and sea view as we travelled upwards.

We alighted at the Jiufen Old Street bus stop. The view was breathtaking. 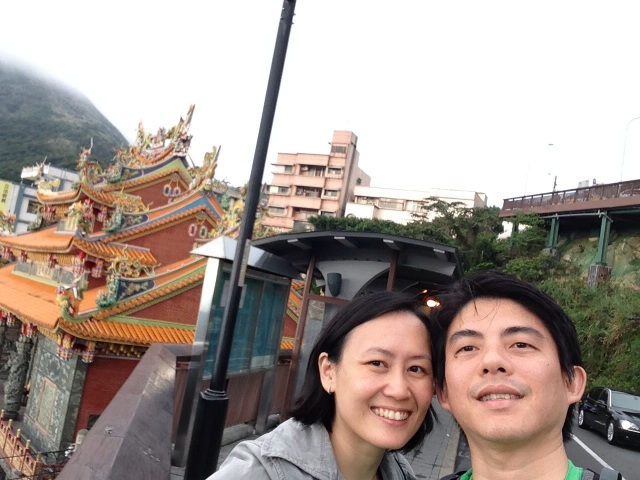 We have to walk uphill to reach Jiufen old street.

The street is narrow with shops on both sides of the street. It was raining which made the walk wet and troublesome.

But I love the view when we reached the end of it.

We bought some food and drink along the way. I also bought qipao for Alyssa at only TWD290 and TWD390.

Due to the rain and winter time, it was turning dark before 5pm. We decide to head for Shifen when it was 430pm. However, it was raining heavily and we decided to catch a cab there. The first cab driver wanted to charge TWD1000 for the ride as he claimed that it was 5km away. We took the second cab which charged us TWD650. Well, I think the ride was worth the price as we had to travel uphill and downhill with many twists and turns. I almost wanted to vomit.

Finally, we reached the destination. 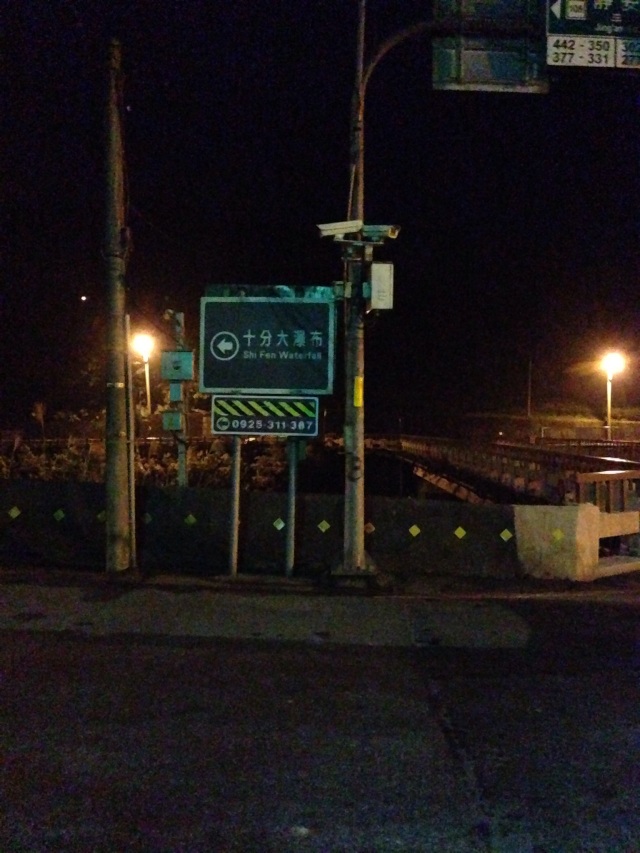 There were many people lighting up lanterns. Koreans, Japanese etc.

The lanterns cost from TWD150. You get to write the words using a calligraphy brush and the price included taking photos for you.

We spent TWD200 for ours as it has 4 colours, representing 4 wishes.

Alyssa decided to draw her and Asher on the lantern.

It was raining when we finished our wordings. Writing in Chinese was difficult for us as we forgot a lot of characters. We have to use our phone to check the characters. I guess we are too used to using hanyu pinyin to choose the Chinese characters that we no longer remember how to write.

We ended at 7pm and decided to take train back to Taipei. But the next train was 757pm! The only shop in the station closed at 7pm.

By the time we reached Taipei Main Station, it was about 10pm. I was shocked that the train ride from Shifen to Taipei station only costs TWD64 per adult.

It was after 10pm when we reached Ximen and we decided to go to TGIF to have dinner, so that we can ordered a cake for daddy A. 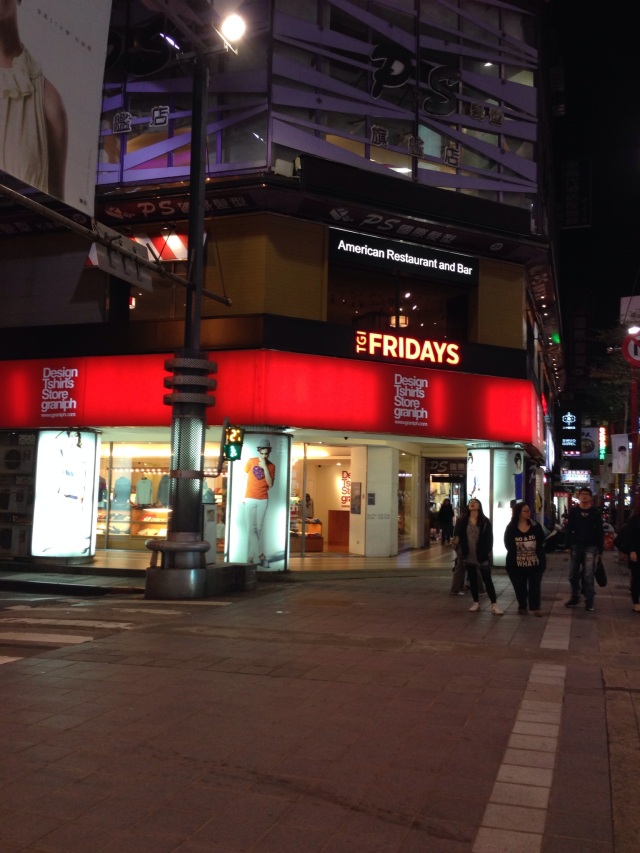 The food there disappointed us. The manager asked for our feedback and we gave our true opinions. He wanted to change for us but we don’t think it is necessary as we won’t be able to finish the food anyway. Hence, he gave a free brownie with ice cream for us. But no candle was available but we appreciated the service recovery.

But the kid set meal was affordable at TWD199 (main course, fruit salad or fries, drink and dessert) and much nicer than our main courses and appetizer. And it comes with free crayons for the child to colour. 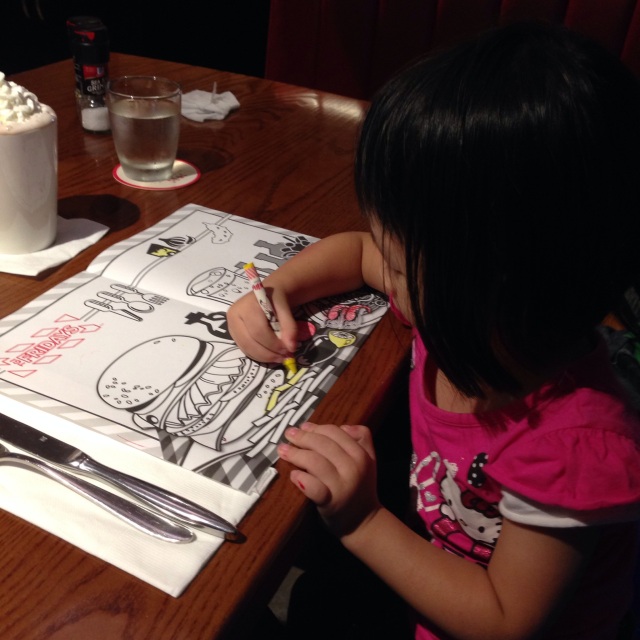 A mother of 2 who loves travel, food, shopping, face mask and Sale!
View all posts by Rei →
This entry was posted in Travel Tales and tagged jiufen, shifen, taipei, taiwan. Bookmark the permalink.